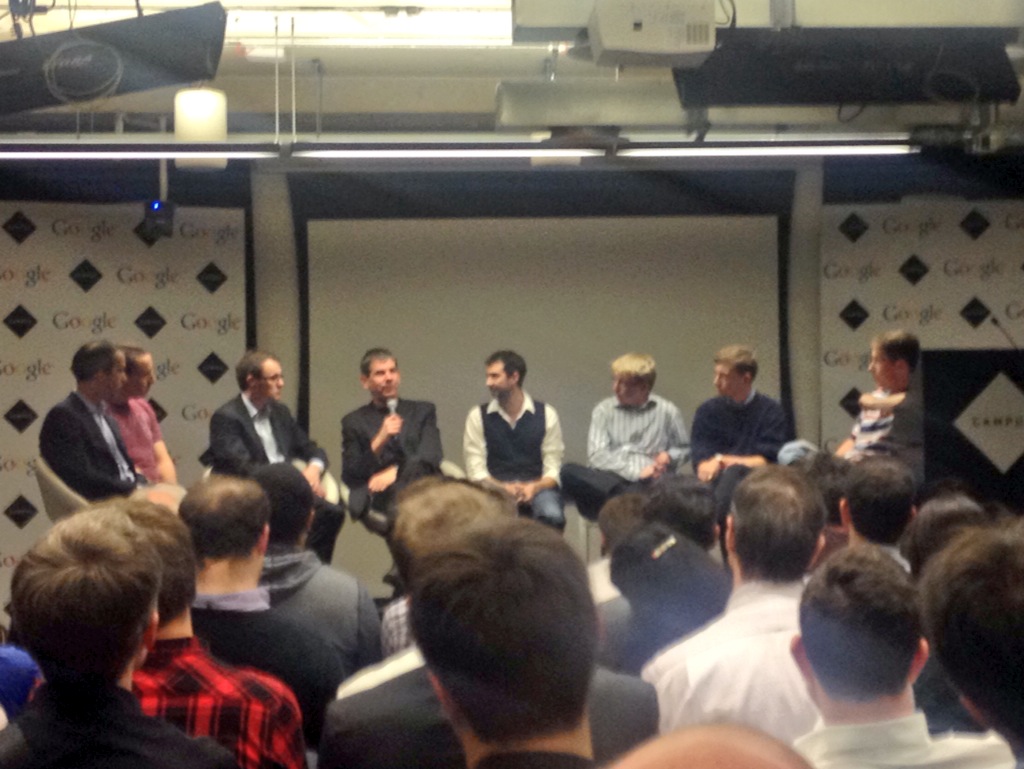 To Google Campus in east London to hear what a number of practitioners thought were the most controversial questions surrounding the use and abuse of big data. After a couple of lightning pitches from big data startups (if you dream of using augmented reality to make your exercise regime more exciting, you’ll be in luck when Google Glass is released) the event moved into a wide ranging panel discussion with participants including journalist Paul Bradshaw, Daniel Hulme, founder of Satalia and Duncan Ross, Director of Data Science at Teradata. The event was billed as tackling the controversial questions over big data, and the panelists got right down to business, eschewing talk of big data’s big potential in favour of honest reflection about the darker side of the data revolution.

The first major discussion centred on the role of human insight and intuition in answering the questions (and questioning the answers) of big data analytics, which conveniently enough is the subject of a forthcoming paper from our OII project. None of the panelists seemed to channel Chris Anderson’s provocative postulation that ‘we can analyze [big] data without hypotheses about what it might show’. Yet there were still some differences between the panelists on this point, ranging from the idea that the best big data analysis will emerge from a convergence between human and computer decision making, voiced by Daniel Hulme, to Duncan Ross’s emphasis on the central role of a ‘domain expert’ (for example, a social scientist) in formulating hypotheses prior to analysis. (Ross: “otherwise you’re simply doing data science wrong.”)

All in all, it was reassuring to hear an industry-centric panel acknowledging the substantial role of human understanding in the design of big data analytics, a sentiment echoed in a great many of the interviews conducted for our project.

The other major bone of contention was over the ethical implications of using big data. The most memorable metaphorical explanation here was provided by Ross, who likened the increasingly huge quantities of personal data available on each of us to a post-industrial return to ‘the village’, where everyone seems to know lots about everyone else. Of course, this modern village stretches to a greater or lesser extent across the entire globe.

Yet none of the panelists shied away from considering the normative consequences of this personal data revolution, and were keen to approach the problem from a human rather than technological perspective. One participant described privacy as the number one ‘cultural’ issue that big data practitioners will have to face, and others noted the increasing public outrage over the use of personal data in seemingly nefarious ways. And, indeed, some of the ways in which data is already being used are undoubtedly unsettling: for example, air travel websites can and do identify a user’s browser when he or she logs on, taking Apple’s Safari as a sign of more disposable income than an Internet Explorer user. Throw in self-driving cars, wearable technology and the Internet of Things and the analytics are likely to get even creepier.

Ultimately, it seems that the greater ease with which big data can be accessed and analysed has opened up a gap between what we can do and what we should do with personal data, a normative grey area which technologists have maybe never before had to face, at least to such a degree. Discussing small-scale copyright infringement, Larry Lessig once quipped that “what before was both impossible and illegal is now just illegal”. With personal data, by contrast, what before was impossible and largely legal is now just largely legal (not least given the inadequacy of the UK’s Data Protection Act, passed in 1998). Thus, unless or until the law catches up, the people working with big data will, ipso facto, be the ones taking these consequential decisions. It was reassuring, though, to see a panel of just such practitioners eschewing the hype surrounding big data in favour of a more considered, reflexive debate over the human consequences of the big data revolution. It’s a debate that is only just getting started, but one which will shape society in innumerable ways in the years to come.