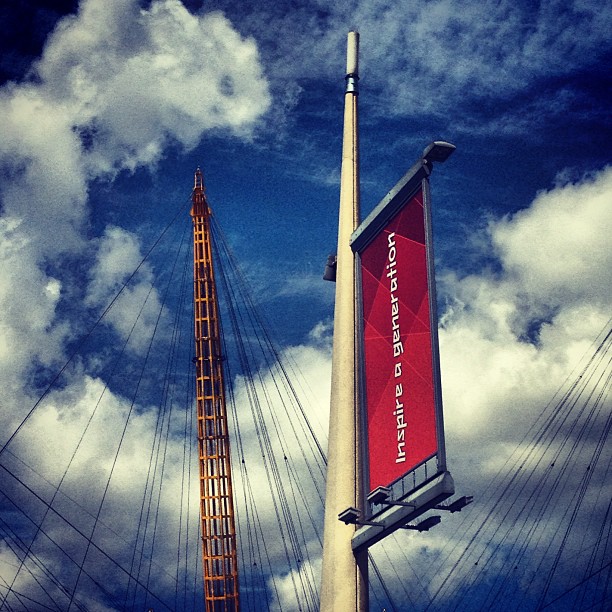 Originally published on The Huffington Post.
Danny Boyle and Seb Coe decided to end Friday’s incredible Opening Ceremony with a strong statement. The Olympic flame was brought to the stadium, on a speedboat, by a certain footballer nicknamed ‘Goldenballs’. Picking it up off the boat and into the stadium was Sir Steve Redgrave, a man who won an unprecedented five gold medals during an illustrious rowing career. Redgrave was then joined by six of his compatriots, all of them Olympic champions from Games past, who passed seven golden torches to seven protégés, to ignite the flame.
Whilst we’ll no doubt see these seven wunderkinder appear and maybe succeed in 2016, 2020 and beyond, the more immediate implication from the Opening Ceremony seemed to be that now, on home soil, is the time for Great Britain to shine. The narrative question threaded through these Games is therefore: can Great Britain alchemically convert the iron weight of expectation into a bounty of priceless gold medals?
So far, the answer looks to be: no. Though with a handful of silvers and bronzes, no Team GB athlete has yet struck gold – by all accounts a disappointment after four days of wall-to-wall competition. Beijing’s tally of 19 golds is looking to some like a high-water mark for British Olympic success, perhaps a freak occurrence built primarily on the formidability of our track cyclists.
But these doomsayers are, for the moment at least, a little wide of the mark, for a number of reasons. First of all, it’s an unfortunate fact for Olympic schedulers that most sports take a while to get going. Whilst some sports, like judo and fencing, can reliably churn out one or two gold medallists each day, most Olympic competitions are more protracted affairs, involving long round robin group stages or 64-to-1 knockout tournaments. This isn’t Total Wipeout, after all.
More significantly, the sports in which clutches of medals have already been awarded aren’t exactly Great Britain’s strongest suits. Shooting, fencing, judo and weightlifting have already handed out a total of 25 golds, none of which were ever really on our radar. North Korea’s current fourth place standing, for example, is due solely to these sports. Most of Britain’s sports, on the other hand, haven’t really kicked into gear yet. Boxing and sailing, sports replete with British prospects, don’t give out medals until next week, rowing finals start on Wednesday, and action in the Velodrome gets underway on Thursday.
That’s not to say, though, that the first few days of competition haven’t contained some disappointments for Great Britain. Mark Cavendish was hoping to start a gold run with victory in Saturday’s cycle road race, but the unpredictability of that event meant that success was never as certain as the warm glow felt after the Tour de France suggested. Britain’s swimmers have also struggled somewhat. Becky Adlington’s bronzewas in reality a triumph, given the strength of the field, but may not have looked that way to casual observers after her Beijing victory. Hannah Miley was something of a gold medal prospect, but that was before the arrival on the scene of the phenomenal 15-year-old Ye Shiwen, whose performances have been so astonishing that allegations of drug cheating have been voiced by a US coach.
So whilst Team GB might have hoped to have sneaked a gold by this point, the schedule suggests that the best is certainly yet to come. And under the radar, in the heats and preliminary matches, our strongest athletes have been going along quite nicely. This rowing regatta has been almost faultless for Great Britain’s 13 boats so far, with a couple of crews – like the women’s lightweight double sculls and the men’s eight – putting themselves right back into medal contention. No British boxer has yet lost a bout. The hockey and football teams undefeated, and Andy Murray is going strong in the men’s singles.
Lastly, it’s worth remembering that a gold medal is not the only sort of victory at the Olympics. I was at the old Millennium Dome on Monday evening to see Great Britain’s men’s team take bronze, cheering, along with everyone else, as if they’d won a gold. After all, this was Britain’s first medal in this event for a century, and for all the talk of gold, the bulk of UK Sport funding is tied to podium potential, so a medal of any colour helps to secure funding for years to come. After emerging from the arena, I was stood in a nearby bar next to what I strongly suspect was the family of one of the British gymnasts, given the flowers and flags they were holding. The smiles on their faces said it all – winning a medal was a truly meaningful achievement.
The golds will come. In the meantime, let’s savour the successes of those British athletes whose medals maybe be less shiny but whose stars are higher and brighter than ever.