This blog post, in an abridged form, has been republished at the LSE’s Politics and Policy blog here.

I look forward to the 2020 Transatlantic Summit between President Trump and Prime Minister Corbyn.

#JezWeCan? It’s a laughable comparison, of course: the engrossing election of 2008 which brought the United States its first African-American president, at the expense of its first female one, propelled by the power of hope, change, and the unifying rhetoric of the most gifted politician the twenty first century has so far seen. END_OF_DOCUMENT_TOKEN_TO_BE_REPLACED

Here are some predictions that I make with a fair degree of certainty. An indifferent British electorate will shrug its collective shoulders and award Nigel Farage’s UK Independence Party the second highest vote total in this May’s European elections. Buoyed by this win, Farage will force his way onto the stage for the party leader debates in 2015. And in the subsequent general election, for the first time in history, four parties will each take more than 10% of the vote nationwide. After trialling an alternative arrangement between 2010 and 2015, the era of big-party government will be over. END_OF_DOCUMENT_TOKEN_TO_BE_REPLACED 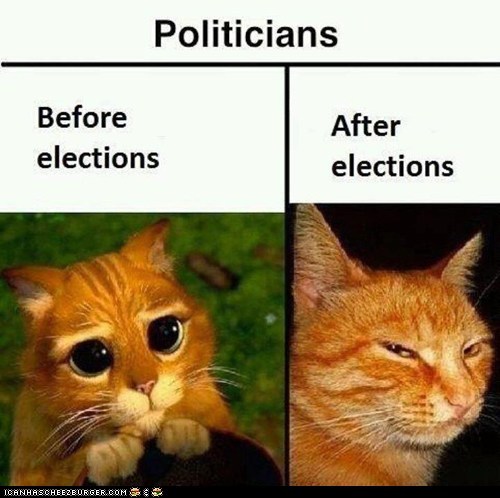 The political journalist Ben Smith surprised many when he joined Buzzfeed as its editor-in-chief in 2011. Buzzfeed has become almost synonymous with the sort of entertaining online ephemera that has spawned such neologisms as ‘lolcats’ and ‘listicles’, costing offices around the world countless hours in lost productivity. END_OF_DOCUMENT_TOKEN_TO_BE_REPLACED

Originally published in the Cherwell.

After eighteen months of campaigning, Americans vote in earnest in Tuesday’s presidential election, with opinion polls suggesting a tight race between incumbent President Barack Obama and former Massachusetts Governor Mitt Romney. For those planning on staying up to watch it, the crucial questions are: at what point will the identity of the next president be discernible, and when will we know for sure?

END_OF_DOCUMENT_TOKEN_TO_BE_REPLACED

Published on The Vibe.

I’m currently in New Hampshire, so this week I bore witness to one of the more extraordinary spectacles in the modern political world: the New Hampshire primary. Every four years, candidates from one or both of the main American parties head to the state to fight for their party’s nomination. New Hampshire is a north-eastern state, usually frozen over at this time of year, but its small population (42nd in the Union) and geographic size (46th) should not belie its importance in choosing presidents. New Hampshire proudly lays claim to being the first in the nation to hold its primary contest every four years (this is in fact prescribed in state law), and the state’s residents tend to take this role very seriously. END_OF_DOCUMENT_TOKEN_TO_BE_REPLACED